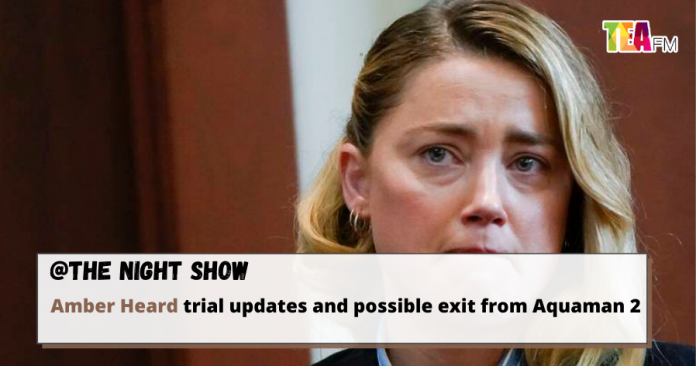 This week, the trial of Amber Heard and Johnny Depp continues and more updates are here! According to news reports, the petition to have Amber Heard removed from Aquaman 2 has reached over 4 million signatures. Ever since the trial started, the petition has seen a drastic increase from 2 million signatures to now 4 million in just a number of weeks.

At the same time, it was reported that the executives from Aquaman 2 revealed that higher ups wanted to make an exit plan for Amber Heard. They do not just want to reduce her roles and screen time but totally erase her role in the movie.

Other than that, previously, director James Wan also said that he was fighting to keep Amber in the movie but now new reports are saying that James has unfollowed Amber Heard on Instagram. Well, looks like things are not going well for Amber and for more updates on the trial, make sure to stay tuned to Tea FM.