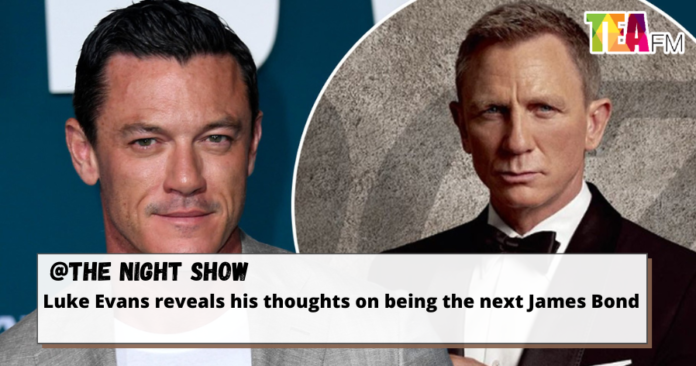 So, we thought that the casting of the next James Bond wouldn’t begin until next year. At least that’s what the producer of Bond said. And since it’s going to happen next year, we also thought that all speculations regarding who the next Bond is should settle down by now. Well, it didn’t,

A new rumour has popped up where news websites reported that Luke Evans is a new candidate to take on the role of the 007 agent. At one point, in an interview,  he was even asked what his opinion is if he gets to play as the next James Bond. Luke said that while it would be nice, he also asked everyone not to jinx it so let’s not talk about it. In other words, he’s interested but he doesn’t want to make any unnecessary comments about it. He is just waiting for the universe to make it happen.

Well, Luke does fit the profile mentioned by the Bond producers where they want the next Bond to have lived through the wars and someone in his late 30s. At this point, it’s still too early to pinpoint who would take on the title so let’s just wait patiently.