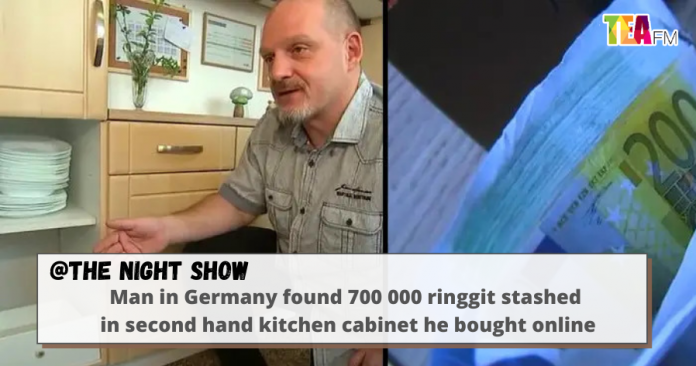 There’s the saying “another man’s junk is another man’s treasure”. We often see people buying second hand furniture on the internet and find stashes of cash hidden in the compartments.

This time, Thomas from Germany bought a secondhand kitchen cabinet from the internet and when it arrived, he was shocked to find 150 000 euros stashed in one of the cupboards. That’s almost 700 000 ringgit. However, Thomas, being an honest man, took that money and went to the police station asking them to investigate the owner of the kitchen cabinet. And it wasn’t long before they finally found the owner.

Turns out, the person who sold the kitchen cabinet to Thomas was the grandson of the owner. And since the owner passed away, the grandson started selling off some furniture at home to declutter. The grandson is grateful that Thomas is so honest and according to the law in Europe, there’s a finders’ fee and so Thomas was given 4% of the total amount which was RM28 000. That’s still a huge amount! The next time you buy second hand products from the internet, make sure to check to see if there’s any hidden cash somewhere.