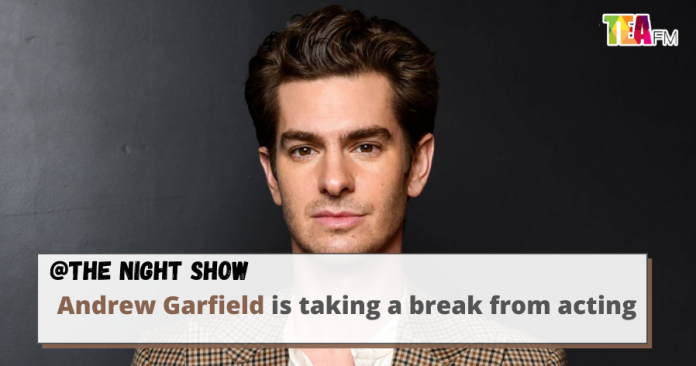 It has been a long and busy year for Andrew Garfield. Since last year, he was busy with the release of Tick, Tick, Boom followed by his appearance in MCU’s Spider-Man: No Way Home alongside Tom Holland and Tobey Maguire! And soon, his upcoming crime series Under the Banner of Heaven will be released soon as well.

And now in an interview, Andrew revealed that he will be taking a break from acting and work for awhile. He said he needs to recalibrate and reconsider what he wants to do next and who he wants to be and just be a bit of a person for a while. However, he also didn’t forget to thank for the opportunities given and support from his fans.

It’s unsure how long Andrew will be gone but we’re definitely not rushing him. We hope he enjoys his holiday and we hope to see him back in action again soon!