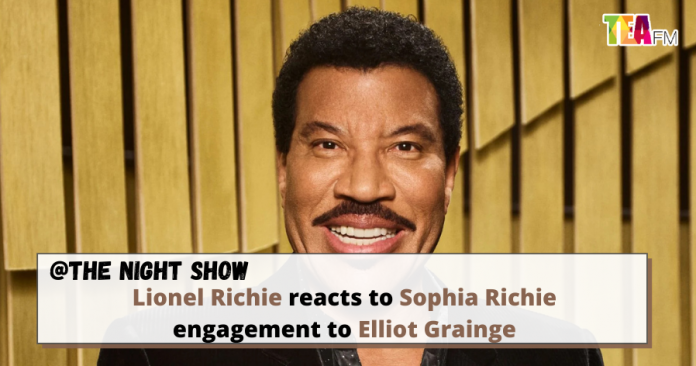 When Sophia Richie got in a relationship with Scott Disick, Lionel Richie, father of Sophia, was not happy with the relationship. According to him, he does not have a good impression on Scott and he is scared that his daughter will get hurt by Scott. I mean, if you’ve read news on Hollywood, you’d know the guy is a player.

And a year later, Sophia got engaged to Elliot Grainge who is a record label owner. And Lionel is very happy at this point. He said that he’s known Elliot since he was 12 years old and he knows who Elliot is. He also said that Sophia is in good hands.

There’s nothing better than getting blessing and recognition from the legend, Lionel Richie himself, to marry his daughter. Congratulations to Sophia and Elliot once again!