Home 未分类 Elizabeth Olsen feels frustrated on getting bigger roles and unable to do... 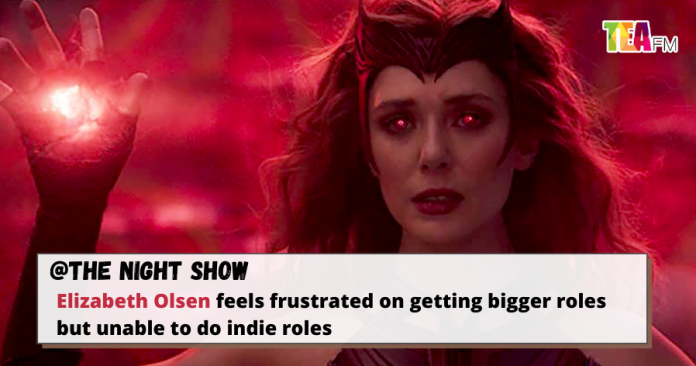 Elizabeth Olsen is now one of the biggest celebrities on Earth. But before she made it onto the big screen, she was actually an indie actress for indie films. And she did that for many years. She revealed in an interview that initially she did so many indie films until a point where she started asking her agent why she isn’t getting any larger roles to which the agent replied “they thought you don’t want any”.

And so that’s when Elizabeth’s agent went on to find bigger Hollywood roles for her and eventually she got into MCU with the role as Scarlet Witch. She started with a contract for a cameo and two main roles in MCU films and it was all good until she started to feel frustrated because she was “losing pieces that she felt were more part of her being”. She added that she had to turn down a role in another indie film which she really wanted to do but due to the commitments she had in MCU, she couldn’t. Nevertheless, we’re pretty sure Elizabeth understood what signed up for and she’s still going to give Marvel fans all the action from Scarlet Witch.

Now that Doctor Strange: Multiverse of Madness is out, we’re not sure on the future of Scarlet Witch but pretty sure Marvel studios have plans for her.