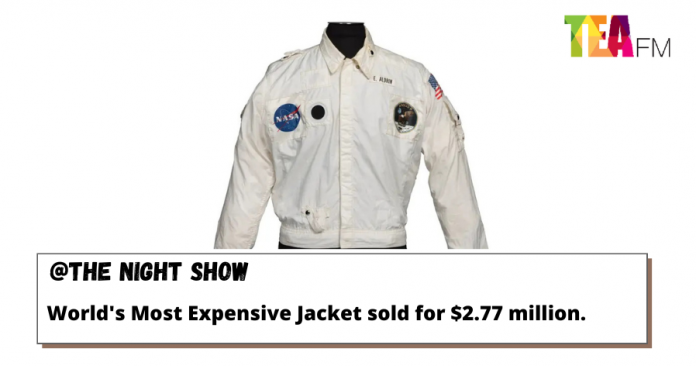 Recently, the world’s most expensive jacket has been sold for over 2.77 million dollars. Now, you might think this is from some luxury fashion house or worn by some huge celebrity but no. The jacket is the first jacket worn in space by American astronaut Buzz Aldrin on the Apollo 11 flight to the moon in 1969. The space jacket was said to be the most important space exploration collection to come to market and has been carefully preserved since the mission.

There are not many details on who bought the jacket but he or she must have been a huge fan of space or wanted to be an astronaut and now he or she owns a legendary item.