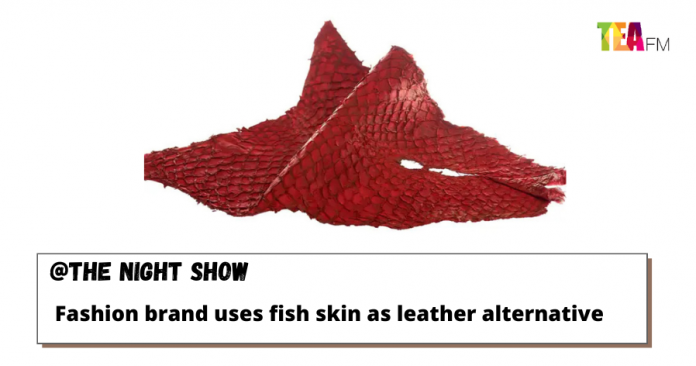 Leather fashion items are quite controversial especially among animal lovers. They dubbed it cruel, inhuman and unnecessary. Hence, the fashion industry has been trying to find another leather alternative.

Fashion brand, Inversa has announced that it is introducing a new alternative leather made from fish skin into its brand. The alternative leather is made from an invasive Lionfish which is running rampant in various global oceans causing damage to coral reefs exponentially. And another source is from another invasive fish species, Dragonfin, where it has caused damage to native species since it was intentionally imported from Southeast Asia to aquatic vegetation ponds in the US. The fish skin leather has garnered a few leather companies and Italian footwear where they are interested to collaborate.

Fish skin is a good source of alternative leather since most fisheries would throw away fish skin and with this new findings, it could help reduce the invasive fish species as well. It’s like throwing two birds with one stone, in this case, throwing two fish with one spear.