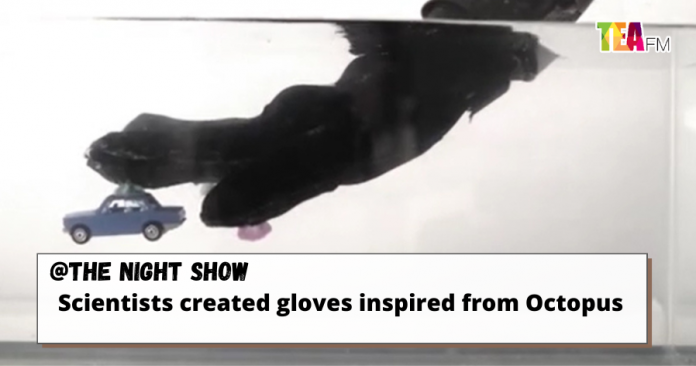 Octopus has always been a fascinating creature that scientists have been trying to study and learn. The way they camouflage themselves and their intelligence such as the ability to open a jar from inside never cease to amaze researchers.

And the most recent invention that was inspired from the octopus is a glove. This glove was designed so that it can help users to grip objects underwater. This glove called octa-glove is covered in robotic suckers equipped with sensors that can tell how far away an object is. When the sensors detect a nearby surface, it sends signals to the controller which will activate the suckers’ adhesion.

In the future, scientists hope that the octa-glove will play a role in underwater gripping robotics, user-assisted technologies, healthcare and manufacturing wet objects.