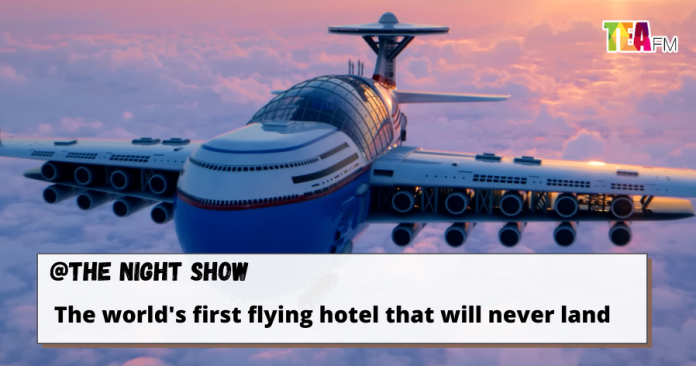 A new aircraft has gone viral after the concept video was released. The video demonstrated a potential AI-piloted aircraft that wouldn’t ever land. It will literally keep on flying.

This aircraft is a concept of the Sky Cruise aka flying hotel that runs on 20 nuclear powered engines and can carry up to 5000 passengers. The brain behind this design, Hashem Al-Ghaili said that the aircraft is the future of transport and will never touch the group and will have all repairs done in-flight. Passengers will have to be flown in to and from the sky cruise. Other than that, the ambitious designer also said that he expects the aircraft to be fully autonomous. Hence, no pilot needed.

So far, the launch date of the flying hotel is yet to be announced but judging from the comments from netizens, not everyone is keen on this futuristic idea since there are many risks involved. Nevertheless, experts are convinced that it might take years before this sky hotel is ready. Would you want to live and dine in this sky cruise?

Video of the sky cruise: