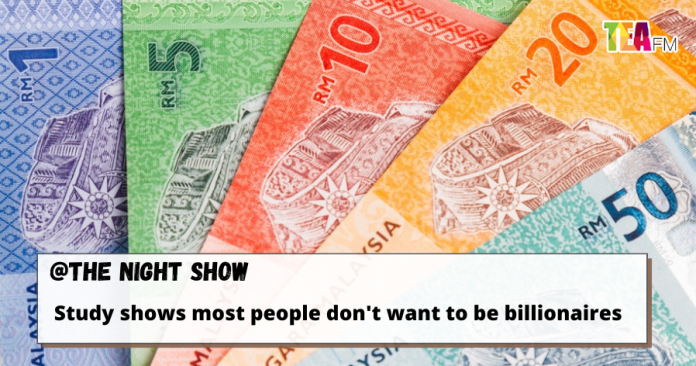 The study was done on more than 7000 people living in countries around the world including the UK, the US, China, France, India, Australia and other countries. Results showed that these people want nothing more than 45 million ringgit to enjoy life. That’s enough to give them their ideal life for eternity. Of course there are a few exceptions where some people have unlimited wants and they tend to be younger and are city-dwellers who place more values on success, power and independence.

Nevertheless, this is only based on 7000 people across a few continents. Everyone has different wants and needs in life, but you can’t deny the fact that money can solve most of the problems in this world.