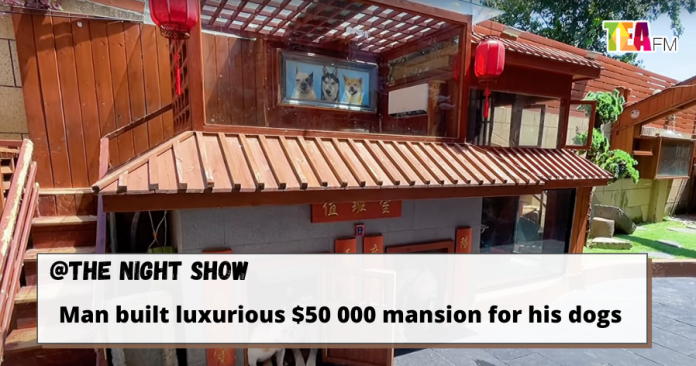 It’s nothing new to see stories about how people often pamper their pets with luxurious gifts. One Malaysian owner bought a gold necklace for her cats. One man had a double storey house built for his dogs and even hired a butler to service his dogs. As for this story, it just gets even crazier.

A dog owner in China has gone viral after he made headlines for spending over 50 000 US dollars on his dogs’ mansion and that’s not all. The mansion is completed with built-in indoor air conditioner, a swimming pool, and a spiral slide for the dogs to have fun. And for your information, he owns nine dogs (four Corgis, two Huskies, two Bulldogs, one Shiba Inu and one Dalmation). From the videos shown, the dogs are definitely living their best lives. According to the owner, he does not spend much on himself even though he has a successful crayfish business. He said he spent almost all his money on his dogs’ welfare and wellbeing.

That’s why people say, some pets are living a better life than us humans.