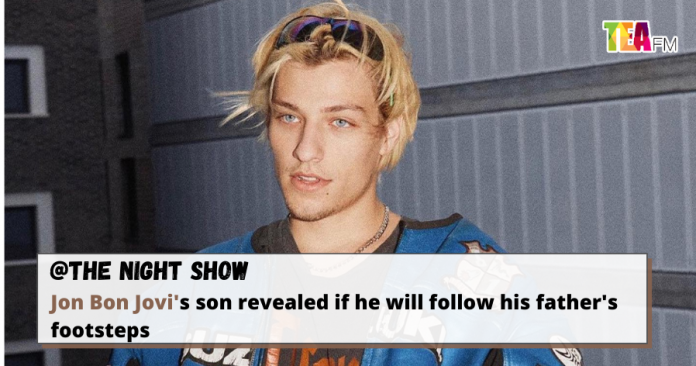 Whenever celebrities have kids, we always wonder if they will follow into their footsteps. As for Jon Bon Jovi’s son Jake Bongiovi, he has been getting quite a lot of media attention lately after he is revealed to be the son of Jon Bon Jovi and also is currently dating Millie Bobby Brown. And everyone is wondering if Jake will be following in his father’s footsteps to become a legendary rockstar.

And now, Jake answered the questions in an interview saying that “I will leave that to my dad, there’s really no following the act there”. That means that singing is not his forte and he is not planning to venture into that side of the world. He added that there was music always playing in the house growing up, all different types of genres from all different types of worlds but what spoke to him was the people on the screen, not the voices through the speakers.

Well, no matter what it is, artistry definitely runs in the family and Jake is now pursuing his acting career and we wish him nothing but only the best.