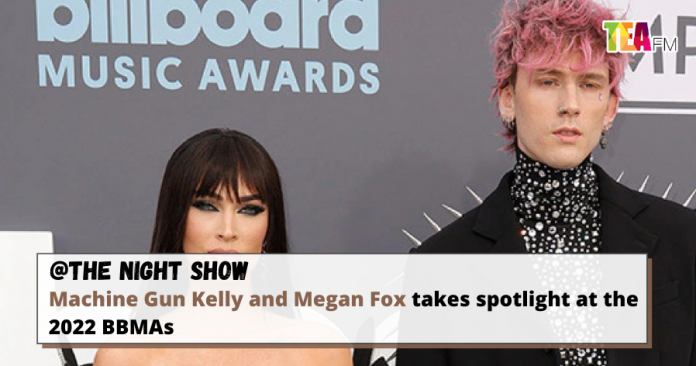 It seems like everytime Machine Gun Kelly and Megan Fox are attending an event somewhere, they are always the centre of the attention.

Yesterday was the 2022 Billboard Music Awards and there are few things that happened to the engaged couple. First, it was the most asked question about the couple recently, which was “when are they gonna get married” and Machine Gun Kelly said he does not want to reveal too much but it was a very “out of the box” wedding.

Another thing that happened at the 2022 BBMAs is when Machine Gun Kelly performed a new song called Twin Flame in which he dedicated the song to Megan Fox as well as her unborn child. And Megan Fox was looking like she was gonna tear up watching MGK’s performance. And what has got the internet speculating is if Megan Fox is now pregnant because of the song.

Now, all we have to do is wait for the confirmation news from the couple themselves. Whatever it is, pretty sure they have got it planned out and it’s only a matter of time.