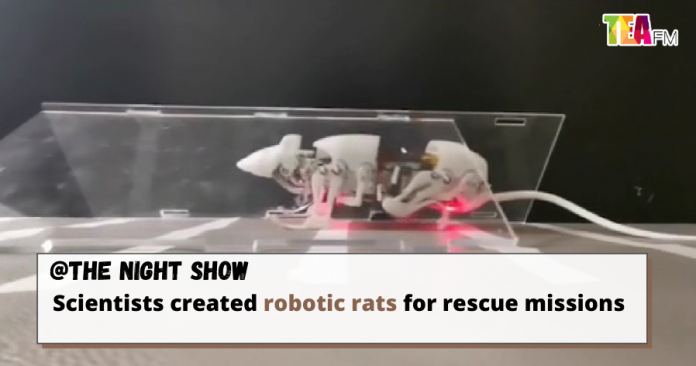 For the past few months, we’ve been getting lots of companies and researchers introducing their own version of the four-legged robotic dog. The new tech is supposed to ease burden for parcel delivery as well as to aid in surveillance. But now, scientists have developed a new type of robot and it’s a robotic rat.

Scientists from the Beijing Institute of Technology have created a four-legged rodent bot called SQuRo which stands for small-size quadrupel robotic rat. Researchers are putting the robotic rat to test and are hoping that we will be able to use these bots to squeeze through narrow gaps or impossible to reach places during a search and rescue mission. So far, test results showed that SQuRo is able to pass through a narrow gap of about 3.5 inch wide.

According to the scientists, the inspiration behind SQuRo are from rats where they live in caves and sewage and are agile and adaptable in the uneven terrain. Currently, more tests and improvements are needed to complete the robotic rat before it can be used commercially. Nevertheless, the future of science is very promising. We never know what robotic animals scientists will decide to make in the future.